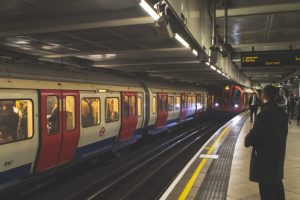 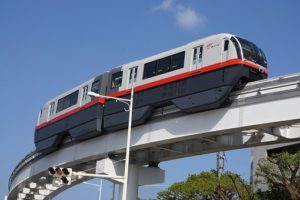 A monorail is like a train, but instead of having two sets of wheels that balances on a railway track, the monorail is balanced on top of one rail. Monorails are often used to transport people around large cities. Some monorails utilize magnets to hover on their rails, reducing friction between the train and the rail. The first monorail was invented in the 19th century. 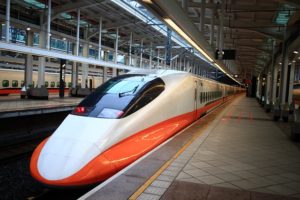 High-speed rail is a type of rail transport that operates significantly faster than traditional rail traffic, using an integrated system of specialized rolling stock and dedicated tracks. The first such system began operations in Japan in 1964 and was widely known as the bullet train. High-speed trains normally operate on standard gauge tracks of continuously welded rail.

It is the mode of transportation of goods or materials through the pipe. Liquids and gases are transported in pipelines. Pipeline exist for the transport of crude and refined petroleum, fuels such as Oil, Natural gas and Bio-fuel etc., and other fluids including sewage, slurry and water. It requires a heavy investment to install.

It is the broad category of transport mode that includes modes developed from the idea of a conveyor belt. Examples include a Conveyor belt, two or more Pulleys with a continuous loop of material that rotates about them, Escalator, Elevator which is used carrying people among floors of a building, etc… 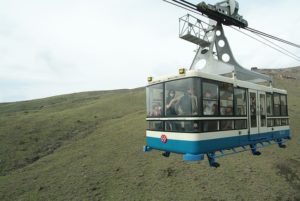 Hyperloop is a proposed system of transport that would see pods or containers travel at high-level speed through a tube that has been pumped into a near-vacuum. The train pods would either float using magnetic levitation technology or float using air caster “Skis”, similar to how pucks travel across an air hockey table. With so little friction in the tunnel, the pod would be able to travel at immense speed with projected top speeds of 760 mph. Hyperloop is a futuristic transport system. Tunnels for the Hyperloop would be built either above or below ground, at only around 3 meters in diameter, lacking up a smaller ground footprint than traditional rail or road. Elon Musk an entrepreneur had proposed this mode of transport as a “fifth mode of transport” in 2012.

Advantages and Disadvantages of Railway Transport

Advantages and Disadvantages of Railway Transport